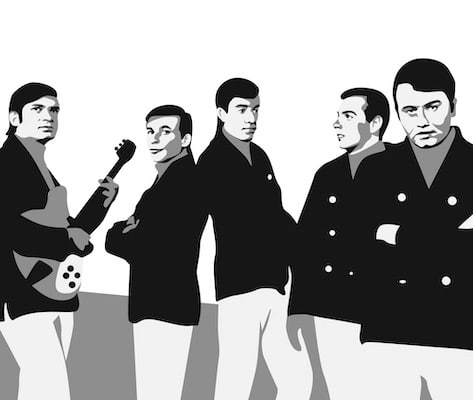 Jay & The Americans were discovered while students at New York University in 1959 and shortly after got signed to United Artists Records. Their first success was “She Cried” which peaked at #5 in 1962. Shortly after that lead singer Jay Traynor left the group and was replaced by the booming voice of Jay Black.

With Jay #2 they started a string of well-received singles starting with “Come A Little Bit Closer” in 1964. In 1965 they released Jay’s vocal opus, “Cara, Mia”. The Top 5 smash shows off Jay’s dynamic vocal range. They would continue with “Some Enchanted Evening” and their fantastic cover of Roy Orbison’s ”Crying”.

Jay & The Americans were inducted into the Vocal Group Hall of Fame in 2002.