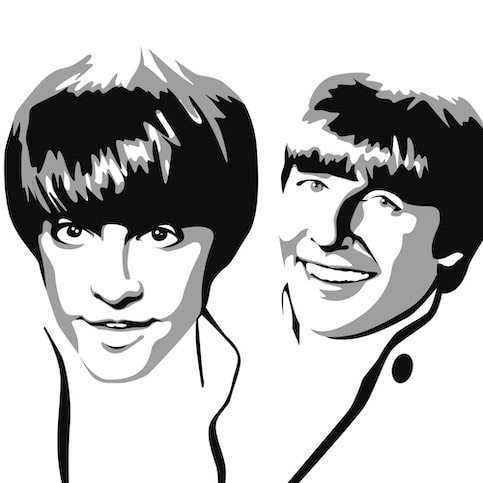 In 1960 Paul Revere & Mark Lindsay formed Paul Revere & The Raiders in Portland, Oregon. In 1961 they had a regional hit, ”Like Long Hair”, that worked its way onto the national charts. In 1965 they signed with Columbia Records and experienced a decade full of hits. First up was “Steppin’ Out”, then “Just Like Me” followed by “Kicks” (the first hit with an anti-drug message). Their popularity led to them becoming regulars on the ABC-TV “Where The Action Is”. The hits continued with “Hungry”, “Good Thing”, “Too Much Talk” and “Let Me”. Their biggest chart success happened in 1971 with the #1 million seller “Indian Reservation (The Lament Of The Cherokee Reservation Indian)”. Most recently the song “Good Thing” was featured in Quentin Tarantino’s 2019 film “Once Upon a Time in Hollywood”. Mark Lindsay once lived at 10050 Cielo Drive, the address of the Tate murders and the residence where Margot Robbie (playing Sharon Tate) puts on and dances to the song. Mark Lindsay wrote the song “Good Thing”, which also appears on the soundtrack, at the residence.