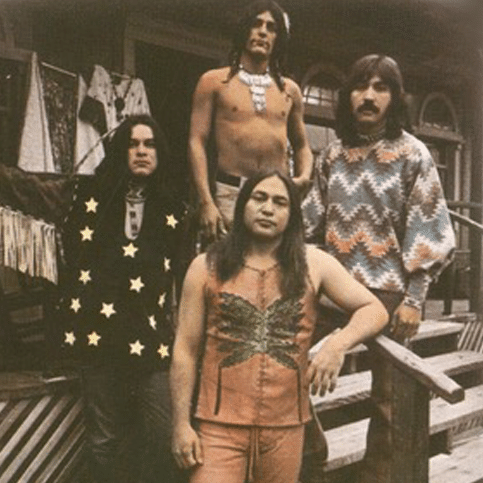 Redbone is a band made up of Indegenious Peoples of America formed by brothers Pat and Lolly Vegas. They started playing the top clubs (Gazzarri’s, Whisky A Go-Go) around Los Angeles and built a solid reputation. They also began writing songs including “Niki Hoeky” which was a hit for P.J. Proby. In 1969 they were signed to Epic Records and started to go by the name Redbone. Redbone is a cajun term for a multiracial person. “Maggie” was their first chart entry when it hit the Top 50 in 1970. The swamp-rock classic, “Witch Queen Of New Orleans”, came a couple years later. In 1974 they hit the bigtime. “Come And Get Your Love” was a monster hit, charting near the top and selling millions. Redbone became the first Native American band to reach the Top 5 on the Billboard charts.

Redbone was inducted into the Native American Music Association Hall Of Fame in 2008.