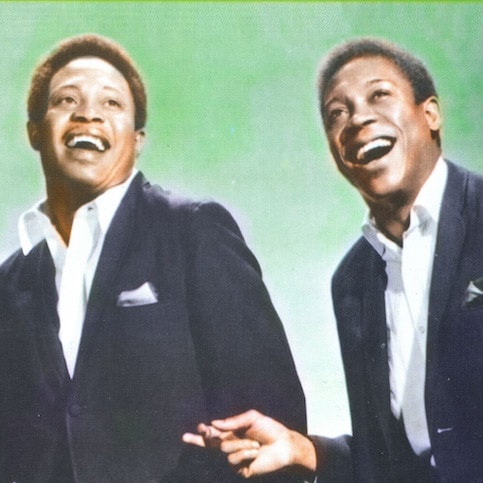 Sam Moore and Dave Prater met in Miami in 1961. They kicked around playing music for a few years and experienced modest success. In 1965 the dynamic duo of soul signed with Stax Records and things began to change for the better. They released “Hold On! I’m Comin’” in 1966 and it was a number one soul hit and crossed over to the pop charts. They followed the next year with their biggest hit and signature song “Soul Man” which has become a soul music classic. The next year they scored another crossover Top 10er with “I Thank You”.

K-tel also had Sam & Dave record their spin on some of the soul classics of the 60s.