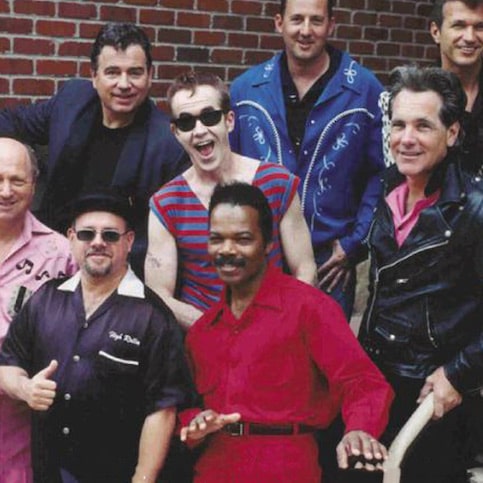 In 1969 Sha Na Na surprised and delighted the Woodstock audience with their vintage rock and roll set made possible by their friend Jimi Hendrix. That moment established Sha Na Na as the premier oldies outfit and launched them on a long career in music, and the group hosted “Sha Na Na”, a syndicated variety series from 1977-1981. With the help of their inclusion in Michael Wadleigh’s award-winning documentary film on Woodstock, the group helped spark a 1950s nostalgia craze that inspired similar groups Like Flash Cadillac, Showaddywaddy, Big Daddy. It also helped inspire the Broadway musical Grease (and its feature film adaptation which they acted in), as well as the feature film American Graffiti and the TV show Happy Days. Sha Na Na has performed on shows all over the world and released dozens of albums. “Jocko” Marcellino and Sha Na Na continue to carry the oldies torch today.