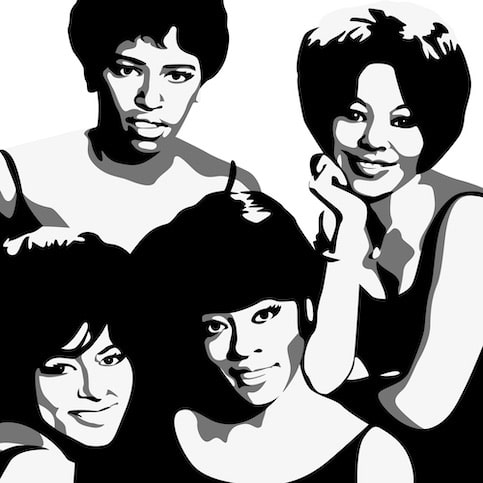 The Chiffons met in 1960 while attending James Monroe High School in the Bronx, New York.
Their first single, “He’s So Fine”, was produced by The Tokens (”The Lion Sleeps Tonight”) and released on Laurie Records. It was a huge hit reaching #1 and going Gold. That summer they put out “One Fine Day” (written by Carole King and Gerry Goffin). It also proved to be a big chart success. Their last Top 10 hit happened in 1966 with “Sweet Talkin’ Guy”.