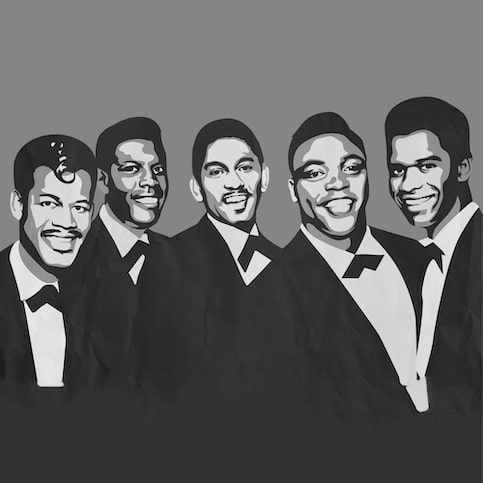 The Coasters got their start on the West Coast as the Robins. The Robins had a hit with the Jerry Leiber / Mike Stoller penned “Smoky Joe’s Café”. The group would change their name to The Coasters when they signed with Atco Records. They would continue to record the humorous R&B Novelty tunes penned by Leiber and Stoller to great success. First up was “Searchin’” then their #1 hit “Yakety Yak” followed by the classic “Charlie Brown”. Their hits would continue into the 60s.

The Coasters were inducted into the Rock and Roll Hall of Fame 1987.