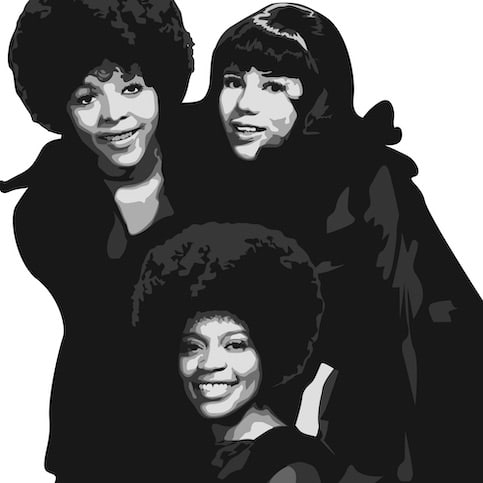 The Crystals got signed to Phillies Records in 1961. Their first hit “There’s No Other (Like My Baby)” was produced by the infamous Phil Spector (as were all their hits). It went Top 20 and started a string of chart entries. In 1962 the gals went all the way to number one with “He’s A Rebel”. The following year they hit the Top 10 twice with “Da Doo Ron Ron (When He Walked Me Home)” and “Then He Kissed Me”.