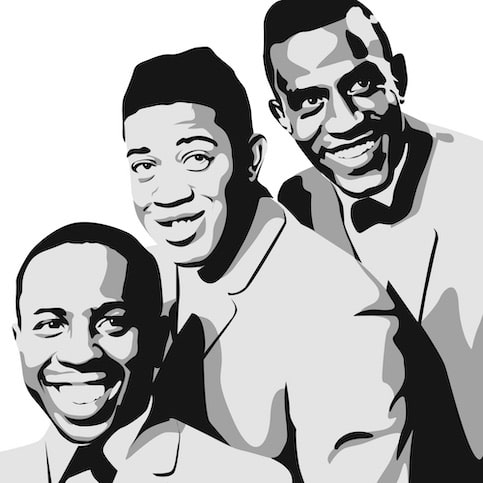 The Chicago soul outfit, The Impressions, included Curtis Mayfield, Fred Cash, Sam Gooden and Jerry Butler. Their first charter was “For Your Precious Love” in 1958. Shortly after Jerry Butler would leave the group and embark on a successful solo career. The three remaining Impression members would sign with ABC Records in 1961 where they would release a string of hits including “It’s All Right”, “Keep On Pushing” and the gospel classic “Amen”.