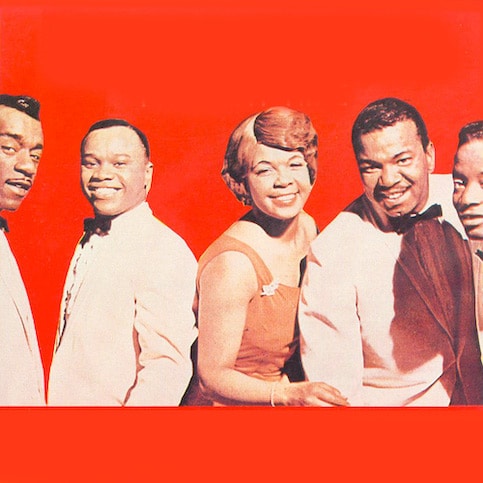 The Platters are one of the most successful vocal groups of the early rock and roll era. They formed in Los Angeles in 1952 and released a few records to modest response. In 1953 they fell under the guidance of songwriter/ manager Buck Ram and their career took off. Their first collaboration was
“Only You (And You Alone)”. It was an across-the-board smash – #5 Pop / #1 R&B for 7 weeks! They proved they were for real when the next release “The Great Pretender” did even better (#1 Pop / #1 R&B 11 weeks). The hit parade continued with million sellers “My Prayer, “Twilight Time” and “Smoke Gets In Your Eyes”.