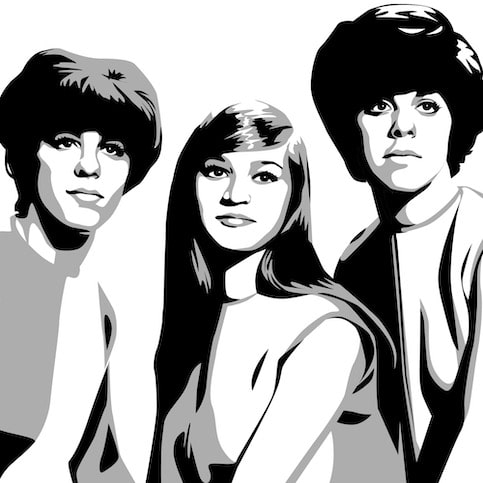 The four gals in the Shangri-Las were two pairs of sisters – Mary and Betty Weiss and twin sisters Margie and Mary Ann Ganser. They formed a singing group while attending Andrew Jackson High School in Queens, New York. They were hired by producer George “Shadow” Morton and signed to the Red Bird label. Most “Girl Groups” of the 60’s wore dresses and appeared prim and proper. Not the Shangri-Las. They wore black jeans and leather jackets! Their “tough girl” look was reflected in their music. Heck, a revving motorcycle engine opens their number one smash “Leader Of The Pack”.