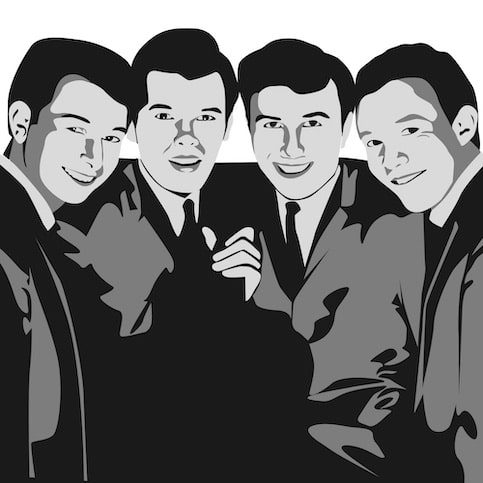 A-well-a everybody’s heard about the bird – “Surfin’ Bird” that is.

The Trashmen -Tony Andreason (lead guitar / vocals), Dal Winslow (guitar), Bob Reed (bass) and Steve Wahrer (drums / vocals) – are from the surf capital of Minneapolis, Minnesota! They proved you can be landlocked and still crank up the reverb on your amp. While performing at a local teen dance the guys took portions from a couple songs by the R&B group the Rivingtons – “The Bird’s The Word” and “Papa-Oom-Mow-Mow” – added a little Trashmen magic to it and “Surfin’ Bird” was hatched. The audience went crazy for it, and they soon found themselves in the studio. The record became a huge hit peaking at #4. The song has proved to have a long life. It’s been used in television (Family Guy), the movies (Full Metal Jacket, Back To The Beach) and covered by many artists (Ramones, The Cramps, Silverchair).