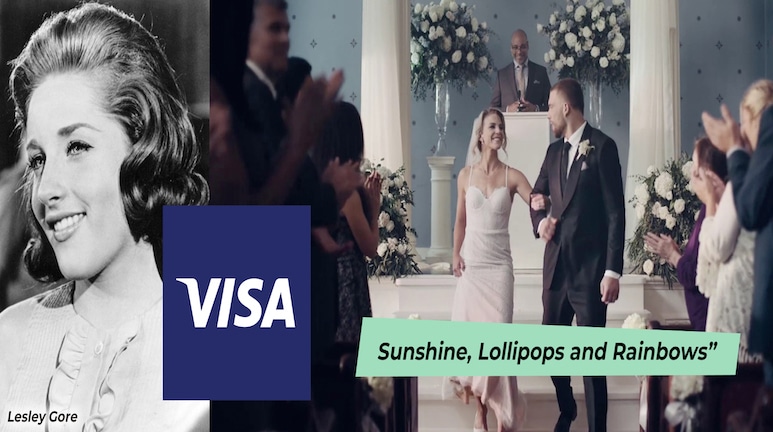 If the marriage of Zach and Julie Ertz’s isn’t perfectly described by the phrase “Power Couple” then I don’t know what marriage does. Let me lay out my case plainly if it pleases the reader. Exhibit One; Julie is a US Women’s Soccer two-time Olympian. Exhibit Two; Zach is a Super Bowl champion and tight end for the Philadelphia Eagles. Exhibit Three; looking directly into the eyes of these perfectly sculpted specimens feels exactly the same as watching puppies frolic in the sun. The Defence rests its case.

Luckily for us all these two combined forces for a darling little Visa commercial (as if they needed that Visa Commercial money) entitled “In It To Win It” pitting the two top athletes against each other in various feats of strength and endurance. Who wins you ask? VISA WINS, OF COURSE.

In partnership with music supervisor Susan Schwartz, K-tel is proud to have provided the music for this epic battle of the espoused in the form of Lesley Gore’s classic hit “Sunshine, Lollipops and Rainbows”.